The METKASPOSTACH: a leading Ukrainian manufacturer

Leading manufacturer of light and medium duty metal shelving. The company METKASPOSTACH produces products under the brand name METKAS, which was founded in 2008. The production of the first racks began on makeshift machines and did not exceed 2,000 racks per month, and only 2 models were available. Today METKAS racks are presented in the largest stores in Ukraine, such as Epicenter, Novaya Liniya, Leroy Merlin and OLDI, and production facilities allow us to produce more than 25,000 racks per month in 9 models.
Such capacities are achieved due to maximum automation of production, for example, the most rolling line requires only one operator, minimizes the likelihood of human intervention. The production capacities of METKASPOSTACH allow the production of more than 300,000 racks annually. 50% of which are exported to Europe, and 50% satisfy the needs of the Ukrainian consumer.
The METKASPOSTACH plant is located in the Kiev region. Production facilities are provided by 7 rolling lines of Ukrainian production and 1 paint shop. Already this year, another paint shop with automatic lines will be built, which will increase the volume of production by three.
The plant provides a complete production cycle of shelving from searching and purchasing raw materials to visiting consumers:
• cutting MDF, chipboard sheets;
• cutting steel coils into strips;
• rental / formation of the rack profile;
• formation of structural elements of shelving;
• powder coating;
• a complete set and packing.
The METKASPOSTACH plant cares not only about the quality of the shelving, but also about comfortable and safe transportation. Therefore, all racks are packed in boxes of our own production, which were designed specifically for easy transportation.
The metal supplier for the METKASPOSTACH plant is METINVEST, the largest producer and producer of raw materials in Ukraine. Shelves for racks are made from MDF and particleboard of Ukrainian and Belarusian production.
METKASPOSTACH produces racks with two types of coating: galvanising and powder coating. Each of the coatings has its own advantages:
• galvanising - a common means of protecting metal from rust, such racks have an aesthetic appearance, their surfaces are resistant to abrasion and do not require additional painting;
• powder coating has an attractive appearance. After applying the paint, the shelving elements are ready to be baked in a special oven. Under the influence of high temperature, the paint spreads over the metal in a thin even layer, forming a stable film on the surface.
Thanks to the paint system, the company produces racks of various colours. In the assortment of METKAS nine series of racks are charged, each of which has additional modifications. Among the top models, the Budget series shelving is a galvanise shelving with chipboard shelves, which can withstand a load of 175 kg per shelf. It gained popularity thanks to the ultralight mounting system on the groove connection, does not require additional skills and special tools. Even a child can handle it (video editing you can see at the link: METKAS). In general, the plant produces shelves that meet the needs of residential and non-residential premises in the organisation and optimisation of space. The specifics of the production of METKASPOSTACH plant make it possible to order not only the existing series of shelves, but also to make the shelves according to individual sizes.
Development of new models of racks and modernisation of existing ones is handled by the engineering department of METKASPOSTACH. Each new rack model is tested for quality and maximum load. The quality of the shelving production is confirmed by ISO 9001 certificate and complies with the binding requirements of the European Union and the Technical Specifications of Ukraine.
Not only shelves are represented in the range of METKASPOSTACH products. A unique perforated METKAS panel is in demand among consumers. It helps you organise your workplace at home and in a professional workshop. The perforated panel includes 3 perforated sheets and mounts for various types of tools. The peculiarity of this panel is the very perforation of the sheets (referring to YouTube), whose holes are round and of different diameters. This solution allows craftsmen to place tools of any shape as they see fit.
METKASPOSTACH is a domestic manufacturer in demand in Europe. METKAS racks are presented in the following countries: Germany, Lithuania, Poland, Romania, Czech Republic, Slovakia, Bulgaria, Georgia, Belarus and Holland.
The daily balance of the products in the warehouses of the METKASPOSTACH plant is more than 10000 units and allows to work with the customers in a short time. The METKAPOSPACH racking method makes it possible to produce shelves according to individual sizes and needs in a short time, and the engineering team will develop a shelving model for any non-standard solution. 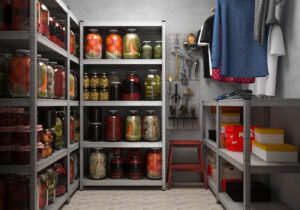 Now the task of business is not only to withstand, but also to help those who are in dire need of support 2020 has become a teacher for us....
Practical advice: how to choose a rack Recently, racks have confidently taken their place...
Advantages of metal racks for the house and office Racks today are not associated with warehouses...
The largest metal shelving factory in Ukraine The METKASPOSTACH factory is one of the...
Space Management – Trend 2020 Space management is a relatively new concept...
About usBlogShopJobsContacts
+38 (067) 321-02-71
enruua
Thanks, you reauest successfully send. Manager call you very soon.
Have any questions ?